Depending on your company's needs, Hawksford can work with you as your bookkeeper, accountant, controller, or a business advisor.

This article provides an overview of the tax system in Hong Kong and points the reader to more detailed articles on each specific topic.

By aligning its tax policy with growth-oriented economic goals, Hong Kong has emerged as one of the preferred locations for most global entrepreneurs and business enterprises. Thanks to low Hong Kong tax rates and no capital gains tax, Hong Kong is favourite destination for business registration.

Why foreign investors and entrepreneurs should choose Hong Kong as their preferred jurisdiction for establishing and expanding their business operations?

Some of the top factors for company formation in Hong Kong include: 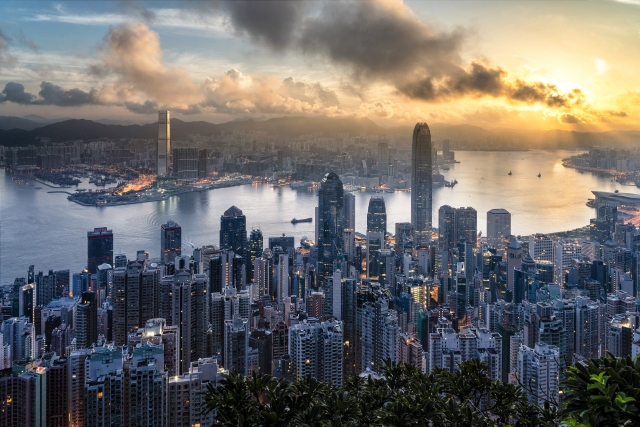 For a comprehensive overview of personal taxes, refer to Hong Kong Personal Tax guide.
More information on Hong Kong income tax. HK tax rate
To estimate your Hong Kong taxes and compare them with those in your home country, refer to Online Tax Calculator.

Depending on your company’s needs, Hawksford can work with you as your bookkeeper, accountant, comptroller or a business advisor. Contact us now.

Use the + button to open the heading you would like to know more about.

The Inland Revenue Department is committed to collecting revenue in an efficient and cost-effective manner and aims at promoting compliance through rigorous enforcement of law, education and publicity programmes.

The Inland Revenue Ordinance (IRO) was first enacted in 1947 to impose income taxes in Hong Kong. This was based on the legislative package developed by the UK for its colonies. As a result the IRO bears resemblance to the tax legislation in UK, Australia, South Africa and other Commonwealth countries.

When the tax system was first introduced in the 1940s, it was intended to be a temporary measure – one that was to be replaced within a year or so, with higher rates of tax.

During the 1970s Hong Kong was fast growing and emerging as a modern city-state and a significant international trading and financial centre. As a result, the need for structural reforms in the tax system was greatly required in order to increase public spending and rates of tax. Hence, the third review committee was formed.

However, the colonial government did not adopt the recommendations proposed. As a result, the tax system established in the 1940s remained largely unchanged.

In 1997, the Government issued a consultative document on the profits tax system which invited submissions on how to increase the competitiveness of Hong Kong’s tax and business environment.

As a result of this initiative, a number of concessions were introduced in 1998.

A subsequent review committee was set up in 2002, which suggested the introduction of a Goods and Services Tax (GST). The Government seriously considered introducing GST but dropped the idea in Dec 2006 due to wide-spread public opposition.

Depending on your company’s needs, Hawksford can work with you as your bookkeeper, accountant, comptroller or a business advisor. Contact us now.

You may find these Hong Kong tax and accounting guides also useful in helping you make your decision:

Read expert advice from Hawksford's tax experts about how to better manage personal taxes in Hong Kong and how to best file them.

Read expert advice from Hawksford's tax experts about how to better manage corporate taxes in Hong Kong and how to best file them.

Estimate your annual Hong Kong taxes using this calculator. Get comparable taxes for other countries to determine how Hong Kong stacks up against your country.

What are the taxable incomes for Hong Kong companies? Understand how to calculate Hong Kong corporate tax, also known as profits tax, in a correct way.

Learn more about why you should be using Hawksford

Depending on your company’s needs, Hawksford can work with you as your bookkeeper, accountant, comptroller or a business advisor.